find out more about ELF

Between Reforms and a Hard Place:
Can a Conference Save Europe? 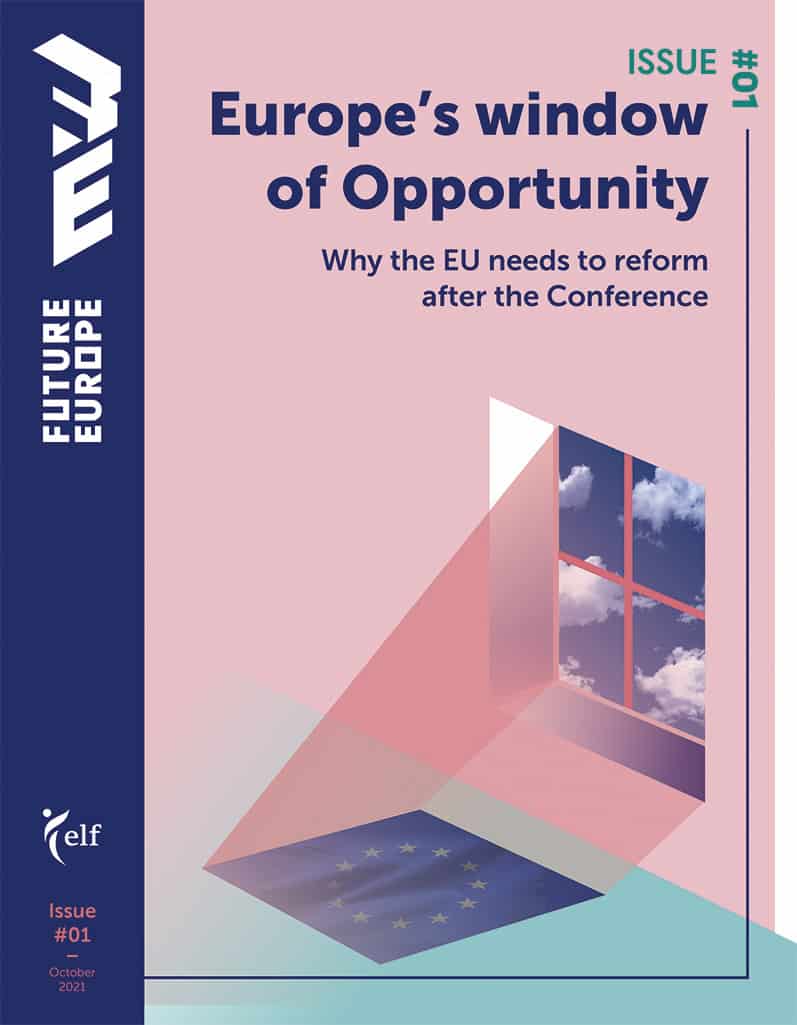 Dating back to 2007 and the Treaty of Lisbon, the operating system of the EU has been in need of critical security updates for some time. Information, communication, and financial technologies are disrupting institutions, business models, and regulatory frameworks. Internal EU disagreements but also external, systemic dynamics are challenging the international liberal order. A chain of crises across the European continent is refocusing public attention on debates about the EU’s legitimacy, its democratic deficit, and its significant disconnect from citizens. In the face of all these changes, reforming the EU is crucial. Reforms are hard, but lack of reforms will be harder still, putting the whole European project in a precarious position.

In this context, the Conference on the Future of Europe (CoFoE) has been proclaimed as a solution to these problems: a way to bring about critical institutional reforms that can no longer be delayed. However, we cannot forget that the Conference is also one great big experiment in direct democracy, one that has never happened before on such large scale. Will it be enough to unlock Europe’s potential in this period of intense technological disruption? Can it bridge the gap between the EU and its citizens? Will it stave off a new Eurosceptic wave across the continent? Can it create an EU that will finally act as an autonomous global actor to protect and preserve liberal values in the world?

A Rocky Road to Reform: the promises of the Conference on the Future of Europe
Johannes Greubel
Accession from the Inside: CoFoE and the strong pleas of self-determination movements
Thibaut Le Forsonney
Another Missed Opportunity in the Western Balkans?
Jean F. Crombois
Europe versus an Emerging China: Rivalry, Partnership, or Something Else?
Kostas Mavraganis
Europe and China: Why and How to Prevent the New Cold War
Maia Larose Saldana
Multilateralism and Avoiding the Prisoner’s Dilemma: Europe’s Role in Upholding Multilateralism in Global Governance
Laia Comerma i Calatayud
A Populist Post-COVID Wave?
Emma Schubart
EU Strategic Autonomy: Industry Implications in the Changing World Trade Order
Gerard Pogorel
5G Geopolitics and European Strategic Autonomy: Security, Standardisation, and the (False?) Promise of Open RAN
Antonios Nestoras and Francesco Cappelletti
Algorithms vs culture?
Maria Alesina and Francesco Cappelletti
Origin Labelling, Food Nationalism, and the EU: Better Information to Consumers or Single Market Fragmentation?
Vincent Delhomme
Want a full version of the journal?

We are working with researchers of different disciplines to bring new ideas and improve the public debate. Your support makes a difference to support democratic and liberal values across Europe and beyond. Any amount is valuable

We are working with researchers of different disciplines to bring new ideas and improve the public debate. Your support makes a difference to support democratic and liberal values across Europe and beyond. Any amount is valuable:

FEU is created by ELF,
find out more about ELF

Editor / Advertise
Our site uses cookies to give you the best possible experience.
SettingsACCEPT
Manage consent

This website uses cookies to improve your experience when browsing the website. Of these cookies, the cookies that are categorized as necessary are stored on your browser as they are essential for the working of basic functionality of the website. We also use third-party cookies that help us analyze and understand how you use this website. These cookies will only be stored in your browser with your consent. You also have the option of disabling these cookies. But disabling some of these cookies may have an effect on your browsing experience.
Necessary Always Enabled
Necessary cookies are absolutely essential for the proper functioning of the site. This category only includes cookies that ensure basic functionality and security features of the website. These cookies do not store any personal information.
Not necessary
All cookies which may not be particularly necessary for the operation of the website and which are used specifically to collect personal data from users through analytics, advertisements and other embedded content are called unnecessary cookies. It is mandatory to obtain user consent before running these cookies on your website.
SAVE & ACCEPT

Want to receive the whole journal online or in print?

The form was sent successfully.
An error occured.